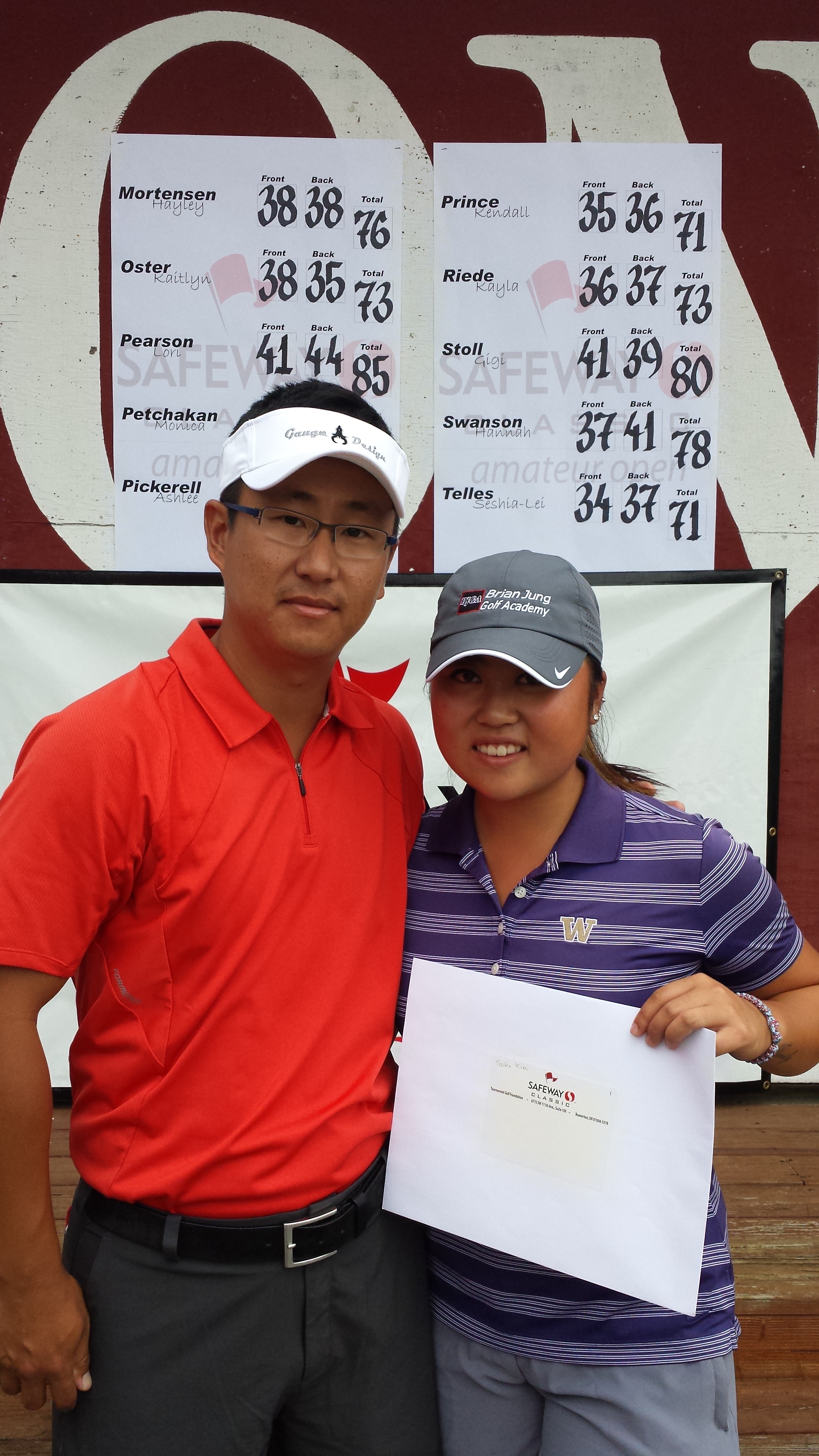 After the one day event held at Langdon Farms Golf Club in Portland, Oregon SooBin Kim returns home one step closer to her dream. The Redwoods Graduate and Coach Brian Jung saw a great opportunity for competition in this Amateur event, “it is such an exciting feeling to have come down and played so well, I birdied 16 and 17 which helped to finish strong.”

Through 18 holes Kim shot 3 under par, 68 to tie Taylor Babcock; with only 1 available spot the two would enter into a playoff match where Kim claimed her victory on the second playoff hole.

SooBin Kim has earned a spot in the LPGA Safeway Classic August 29th – September 1st at Columbia Edgewater Country Club in Portland, OR – this event will be the very first LPGA event for Kim where she will play with the best professionals on the LPGA tour.

Kim is currently ranked 3rd in Canada as an amateur player and back in 2008, Kim was the Canadian National Champion. Following the LPGA Safeway Classic Kim will head back for her Junior season at the University of Washington; currently ranked 9th in NCAA Division 1 Women’s Golf and as a sophomore, Kim was ranked 4th in the NCAA Division 1 Women’s individual rankings.